Approximately one in 100 American women and two in 100 American men identify as homosexual, with another four percent of Americans identifying as bisexual. (Source:statista)

Imagine with me if you will, the year is 1996, little Ellie is in the first grade and her family has moved across town in Twin Falls, Idaho. She is nervous to start a new school and make new friends. While moving in Ellie spots a boy playing down the street in a front yard, instantly excited she asks to go play. Hours later she reruns excited to start school!

Just like that, I met my forever best friend Abel. The next two years were filled with laughter and memories. Ellie’s family moved right in the middle of their third grade year, it’d be a long three years till they would be together again. While apart Ellie never forgot about Abel and his family, often asking her mom to find them. As children do in time they both changed, different hobbies and likes were acquired neither ever thought they’d see the other again.

Twice more Ellie moved before starting Jr. high school. The first day of 7th grade was the scariest day of Ellie’s life. They had just moved in the summer, she was certain she wouldn’t know anyone in the new school. Lunch came, so many kids, and out of the corner of her eye she was certain she recognized the face of her old friend, Abel. As anyone who was seen the face of a great friend after so long they hugged for so long! From this they would never be apart. 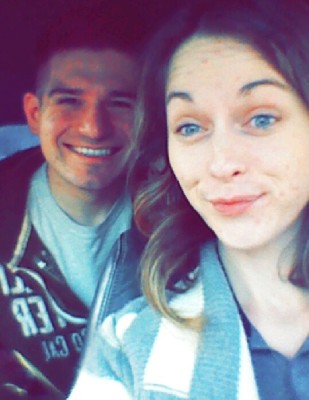 Growing up in a town with 40,000 people, the “gay community”simply did not exist here. In high school being gay or Bi was unheard of. When you expressed being an individual, well we have all heard the saying, “children can be mean”. Dealing with sexual emotions would take up the rest of high school for Ellie and Abel, both trying to find who they are and who they love without being rejected by everyone else. Throughout the end of high school Ellie was linked to another women Kaylee. Being teased and labeled as a lesbian in high school made it harder for other children to be honest and open. When Abel came out gay, I had already known for years. It made no difference to me, I loved him for him and he loved me for me. We had a safe zone together. However that was 10 years ago, and over time not every person would be as supporting. We made our own skin strong and can take words with a grain of salt.

Changing and growing is hard to do, even harder to do when you feel like everyone will judge you. Even still today attacks happen based just on your sexual preference. Jesse James Devoreaux, a 13-year-old gay teen was nearly beaten to death by 5 male school mates with baseball bats in East Hartford, Connecticut on February 22nd 2010. The victim suffered multiple skull fractures requiring emergency reconstructive surgery with metal plates and screws requiring over 50 sutures to close the wounds at the Connecticut Childrens Medical Center in Hartford, Connecticut. The victim also suffered a crushed kidney which had to be removed, a broken arm and broken nose. The victim remained in an injury induced coma for 10 days following the attack before returning home with family. The 5 assailants were never arrested and prosecuted.

I love you Abel, always have and always will. Thank you for the years of support and love I wouldn’t be the person i am today with out you.

Watch our video to learn more about us!

Mother 👩‍👦 Wife 💑 Dogx2&Cat 🐶🐶🐱 Lifestyle blogger 👠🍰 finding time for fitness 🏃🏻‍♀️ and friends 👭🍷 advocate for Mother Earth 🌏🌿 just a poor girl from a small town sharing my journey to a better me. Find me streaming on Twitch View more posts

2 thoughts on “My best friend is gay, get over it.”